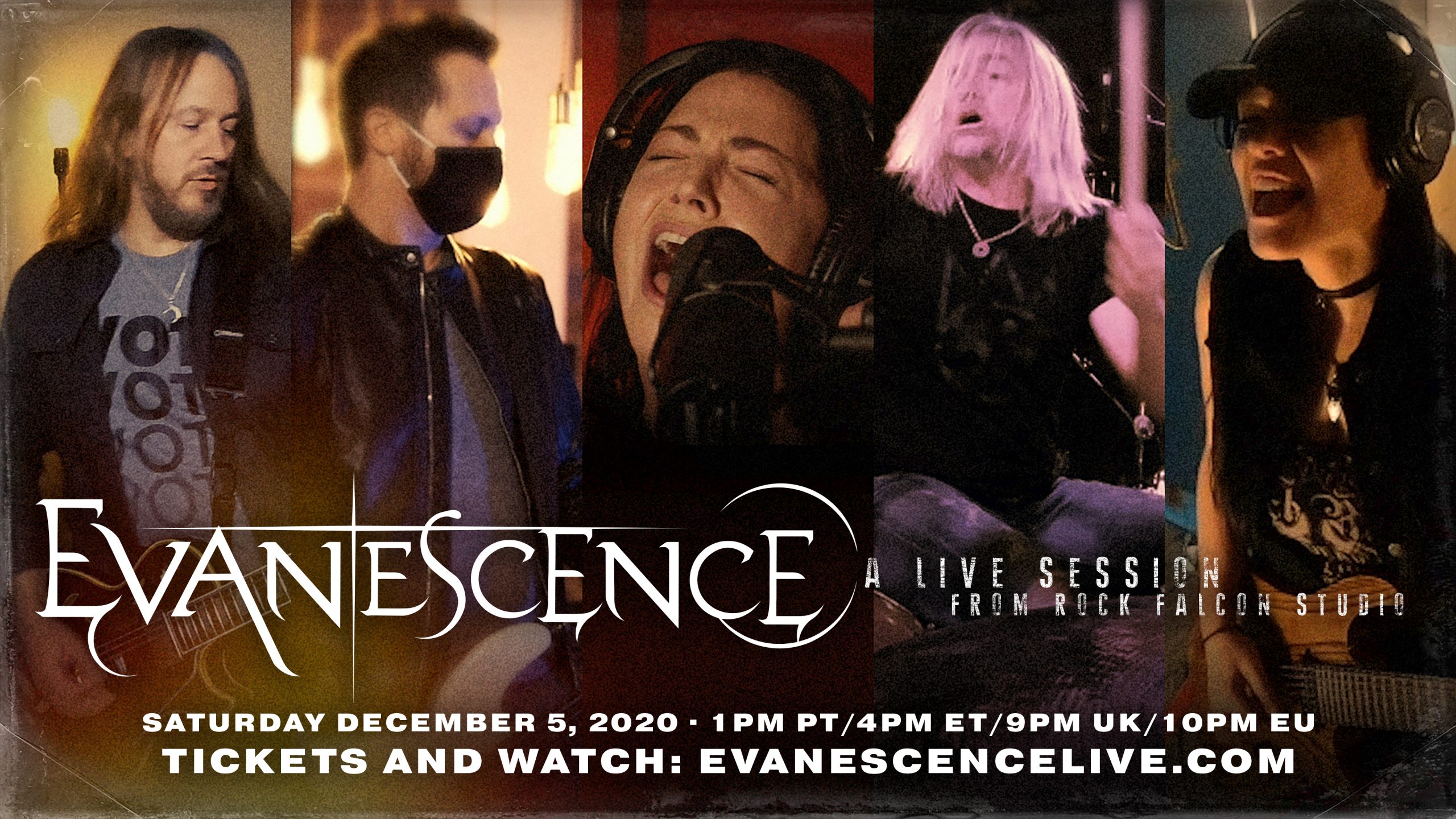 Performing both new and old songs, tickets for Evanescence: A Live Session From Rock Falcon Studio are available now at www.EvanescenceLive.com.

Watch the new live video for “Use My Voice,” out today, HERE

Evanescence will be hosting their first public performance of the COVID era, a livestream concert experience dubbed Evanescence: A Live Session From Rock Falcon Studio, on Saturday, December 5th at 1pm PT, 4pm ET, 9pm UK and 10pm CET.  The livestream will be available through Tuesday, December 8 at 11:59pm ET.  The band, who postponed their massive 2020 international tour earlier this year, safely assembled from Nashville, Sacramento, and Germany to perform live renditions of songs from their upcoming album The Bitter Truth for the first time, as well as some fan favorites and a few can’t miss surprises.

Advance early bird tickets are only $9.99 and can be purchased at www.EvanescenceLive.com.  Fans are encouraged to buy early before prices increase on December 1 to week of show pricing.

And check out a special sneak peak of the event with the band’s first live performance video of “Use My Voice,” out today, HERE.

Hosted at Rock Falcon Studio in Nashville where the band have been recording their new album, The Bitter Truth, the intimate performance gives an up-close view of Evanescence in the studio. In the live setting, Amy Lee’s powerful vocals blend seamlessly with the group’s raw, emotional arrangements, making it clear why she is “one of rock’s definitive voices” (Rolling Stone). Featuring new songs as well as universally known anthems like “Bring Me to Life,” the event delivers a powerful, timely performance that transitions effortlessly between guitar-driven bangers and piano ballads to bring the Evanescence live experience home.

So far this year, Evanescence has released three singles from The Bitter Truth: “Wasted on You,” “The Game is Over,” and the current Top 15 radio single “Use My Voice,” which have garnered early praise from The New York Times, Elle Magazine, Rolling Stone, and more. “Wasted on You” earned an MTV Video Music Awards nomination in the Best Rock category, and “Use My Voice” was this fall’s get-out-the-vote anthem for HeadCount, the music industry’s biggest non-partisan, nonprofit voting rights organization.