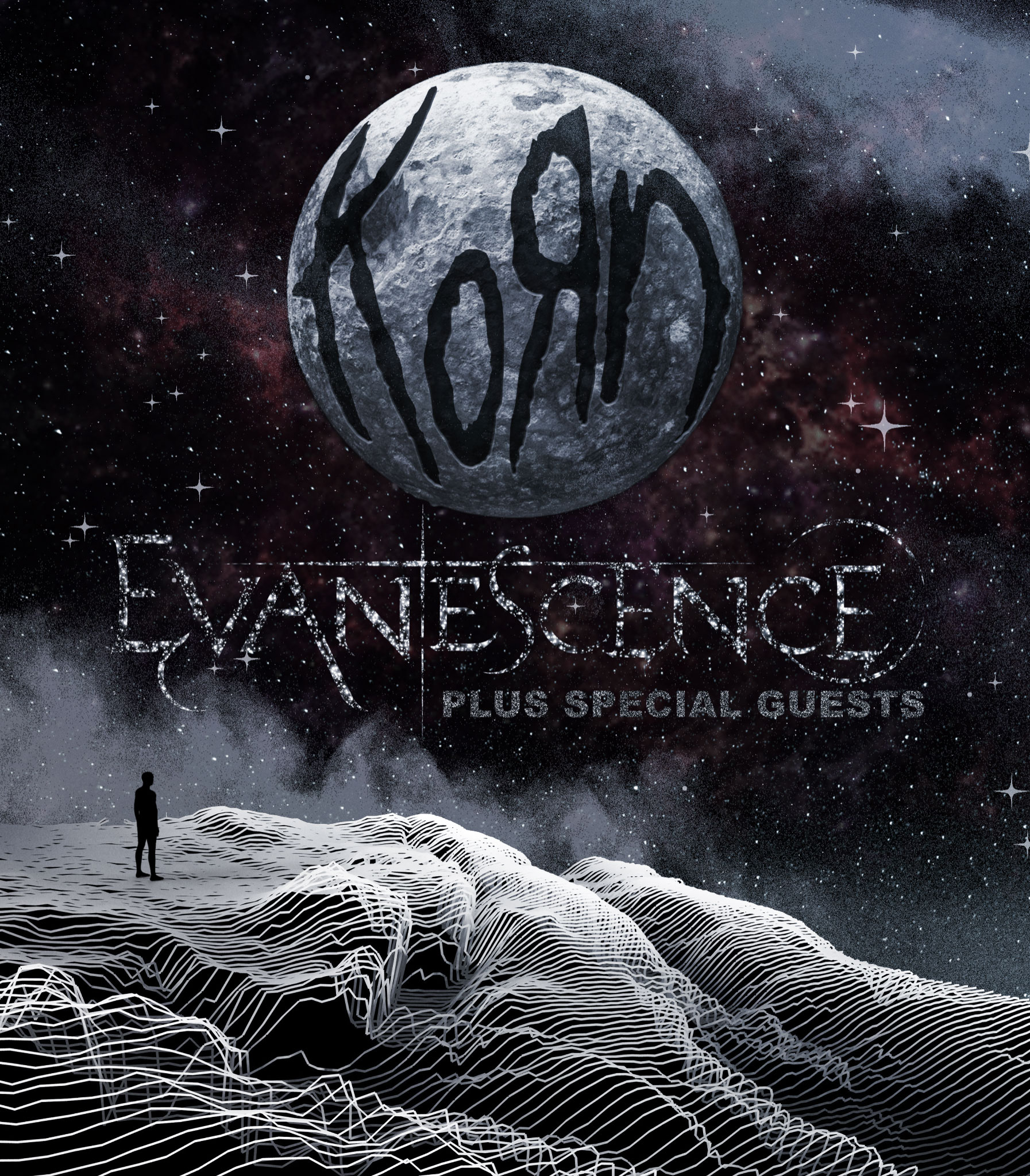 Tickets On Sale Starting Friday, April 8th at 10am Local At LiveNation.com 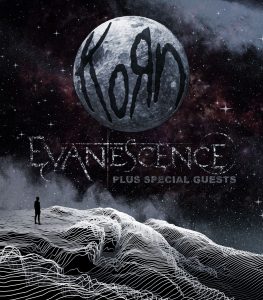 On the heels of their Spring tour, Korn announces a summer tour with fellow rock culture icons Evanescence, produced by Live Nation. Accompanied by special guests varying across select dates, the 18-city tour kicks off on August 16th at Ball Arena in Denver, CO making stops across the U.S. in Boston, Chicago, Houston and more before wrapping up in Ridgefield, WA on September 16th.

“We’re looking forward to going on tour this summer and bringing our friends, Evanescence, out,” said Jonathan Davis of Korn. “Whenever Amy comes to one of our shows, I always love seeing her on the side of the stage watching the whole set and rocking out. We’re gonna have a great time on this tour, and we can’t wait to see you there.”

“I fell hard into Korn’s music in high school. It was an inspiration during the formation of my own band. The chances we’ve had to play together over the years are special, a part of our history. They remain one of the best live bands I’ve ever seen,” said Amy Lee of Evanescence. “It’s an honor and a thrill to go out with our friends again, our first full tour together since ‘07. We’re all really looking forward to this.”

Korn changed the world with the release of their self-titled debut album. It was a record that would pioneer a genre, while the band’s enduring success points to a larger cultural moment. The FADER notes, “There was an unexpected opening in the pop landscape and Korn articulated a generational coming-of-angst for a claustrophobic, self-surveilled consciousness. Korn became the soundtrack for a generation’s arrival as a snarling, thrashing, systemically-restrained freak show.”

Since forming, Korn has sold 40 million albums worldwide, collected two Grammys, toured the world countless times, and set many records in the process that will likely never be surpassed. Korn has continued to push the limits of the rock, alternative and metal genres, while remaining a pillar of influence for legions of fans and generations of artists around the globe.

The level of Korn’s reach transcends accolades and platinum certifications. They are “a genuine movement in a way bands cannot be now,” attests The Ringer. They represent a new archetype and radical innovation, their ability to transcend genre makes barriers seem irrelevant.

The band’s latest release, Requiem, was born out of very different circumstances than the majority of the band’s catalog; with their busy touring schedule halted due to the Covid-19 pandemic, the band found themselves energized by a new creative process free of time constraints. This allowed them to do things with Requiem that the past two decades haven’t always afforded them, such as taking additional time to experiment together or diligently recording to analog tape – processes which unearthed newfound sonic dimension and texture in their music. The record has been praised by fans and critics alike and also saw its lead single, “Start The Healing,” reach #1 on the Modern Rock Radio chart.

Two-time GRAMMY® Award-winning Evanescence has made an impact on people around the world. The group’s 2003 landmark debut album Fallen laid the foundation, spending 43 weeks on the Billboard Top 10 and selling more than 17 million copies worldwide. Debut single and global hit “Bring Me to Life” reached #5 on the Billboard Hot 100 and marked their first U.K. #1 hit single. The equally popular “My Immortal” peaked at #7 in the U.S. and U.K.

Following multiple worldwide tours, The Open Door came next, which went on to sell more than five million copies followed by the self-titled Evanescence which debuted at No. 1 on the Billboard Charts. Evanescence lead singer-songwriter and pianist Amy Lee, bassist Tim McCord, drummer Will Hunt, lead guitarist Troy McLawhorn, and guitarist and backing vocalist Jen Majura went down both very new and familiar paths for their symphonic/electronic 4th release, Synthesis, in 2017 via BMG.  The album scored four Billboard #1s debuting atop the Independent, Alternative, Rock, and Classical Album Charts.

Evanescence launched their worldwide “Synthesis Live” tour in October 2017 combining their intense live performances and timeless songwriting with a powerful live orchestra. In March of 2021, Evanescence released their newest studio album, The Bitter Truth, featuring the songs, “Wasted On You” & “Use My Voice,” both of which were nominated for MTV Video Awards, as well as “Better Without You,” a Top-10 charting song at US Rock Radio, having spent an incredible 27 weeks on the chart.

To apply for media credentials for show coverage: