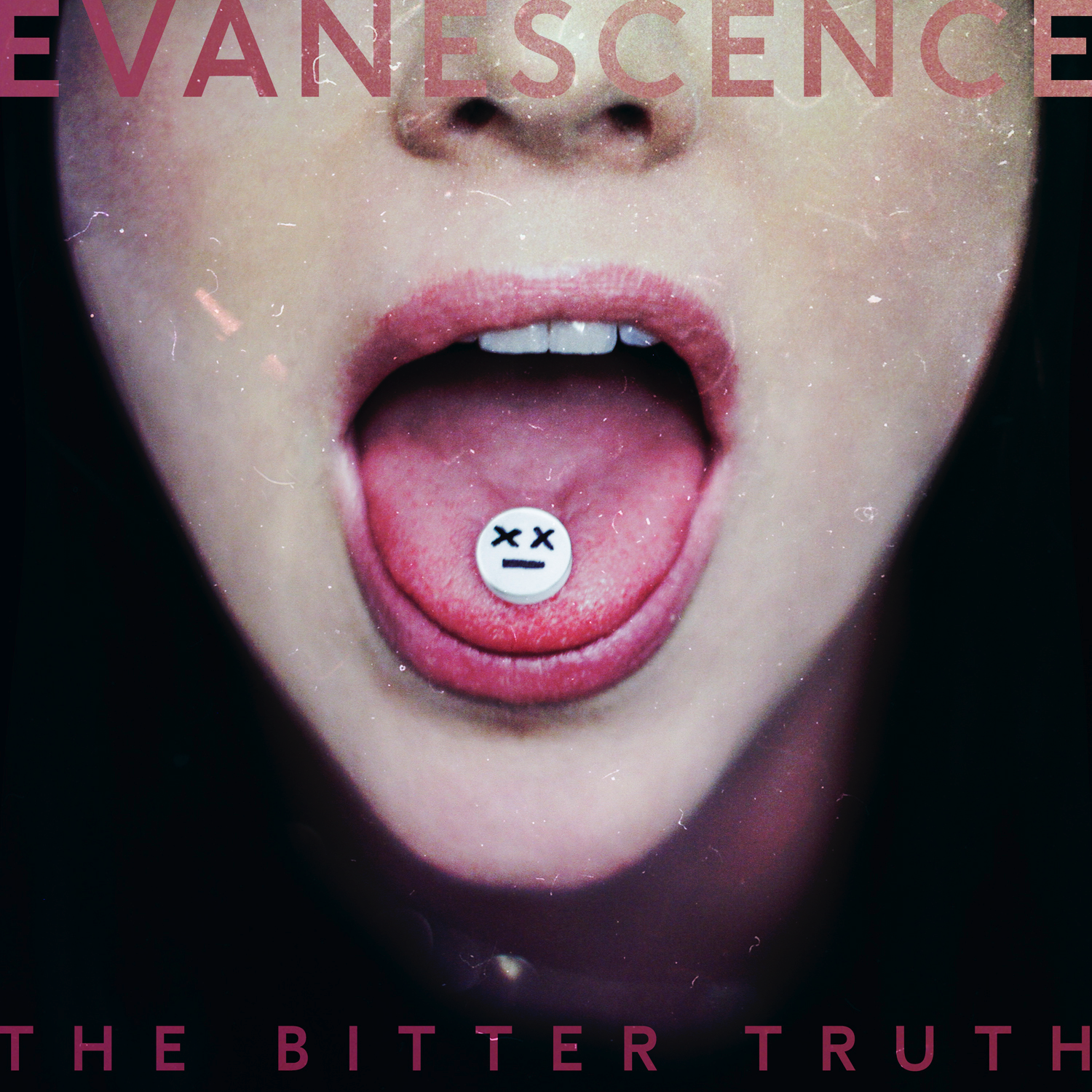 The Bitter Truth LP to be released incrementally throughout 2020

April 24, 2020 – Evanescence will release their first album of new original music in nine years, The Bitter Truth (BMG) over the course of this year, beginning with the first song and video, “Wasted on You,” today.

Watch the video for “Wasted on You” HERE .

The video for “Wasted on You” was shot by each band member – lead singer-songwriter and pianist Amy Lee, bassist Tim McCord, drummer Will Hunt, lead guitarist Troy McLawhorn, and guitarist Jen Majura – on their iPhones while currently in isolation. Building on the piercing intensity for which the band is known, the intimately shot video (directed by P.R. Brown in collaboration with the band) breaks through the emotional stillness and numbness of the current time to reflect the internal highs and lows that each of us cycles through now, on a daily basis.

Perfectly encapsulating the current moods of disconnection from the world, lack of control, and purposelessness felt by so many, the video finds the band members alone at their homes and with their families, biding time and trying to create in a world and for an audience that seems smaller than ever. Paired with Amy Lee’s stunning vocals and the band’s signature pure-rock sound, the song’s central refrain is shockingly timely & universal:

Waiting for a miracle

I can’t move on

I’m wasted on you

Just pass me the Bitter Truth

As Amy explains, “We were recording this music right up until we couldn’t go into the studio anymore, and finished it remotely through file sharing and phone calls. Tweaking mixes, adding background vocals, creating the video and album art all from home has been like water in the dessert for me, my light in a dark time. We are still writing and have a lot more work to do on this album, but this time we wanted to release the songs individually, as we create, to live more in the moment with our fans and our music.

Wasted On You wasn’t the song we were planning to release first, but when the whole world went into indefinite lockdown and everything changed, so did the feeling and meaning of what we wanted to say right now. I didn’t write these lyrics about what we’re all now going through, but somehow that’s exactly what they are.

The whole video was shot by the band and our families on our iPhones, in isolation in our homes many miles apart, then edited together by Paul Brown. We can’t be together to make a video right now, but we took that and used it to tell the story of our real lives in this moment, and to show that although we are apart, we are all still connected.

As far as business is concerned, this is considered a terrible time to release. But we believe that people need music now more than ever. We do, and we’re not going to wait to share it because who knows what tomorrow brings. Who knows if it even comes? This is who we really are and we’re calling out across the world for a connection.

One thing that has come from this crazy time is it’s stripped away the illusion of control- from all of us. Proof that we really don’t have any when it comes down to it. A big new theme in the new music so far is disillusionment. Growing up and realizing life can be so hard, nobody’s gonna come rescue you, and fairy tales aren’t real- BUT, standing up and saying I’ll take the truth rather than live in denial. Rising up, through the ashes of death and pain and everything just rising up even though it hurts and taking it to move forward. No more lies. The bitter truth is all that impossibly hard stuff. And I’m taking it. Choosing to live.”

Director P.R. Brown adds “It’s a time where nothing makes sense and we are all forced to see a reality we don’t want to believe exists. It was clear that we all collectively needed to create something, we needed to say something.

After we started looking at the footage it was clear that the band members were each going through similar things. I started building an edit and seeing those scenarios play out over and over again and linked them together to tell their stories.

The band inspired me and is helping me through all of the madness around us through their vulnerability and creative grace. The hope is that it helps others get through it as well and see that there is a light at the end, even if it’s dark outside.”

The Bitter Truth takes its foundation in the epic, signature sound that has earned Evanescence two GRAMMY awards and more than 23 million album sales worldwide beginning with their landmark debut ‘Fallen,’ and blends it with the thought-provoking lyrics, musical sophistication, and heavy themes that Amy Lee has become known for. Producer Nick Raskulinecz (Foo Fighters, Rush, Deftones) has been tracking with the band in Nashville since late January. In a break from the past, the band will be rolling out a series of songs from the album incrementally, culminating in the release of the full album. Later this year, the band plans to tour through Europe on the rescheduled co-headline tour with Within Temptation originally scheduled for this month. Conditions permitting, the band will also continue to perform shows in other parts of the world, as well.